Didrichsen Art Museum in Helsinki district is a significant icon in the Finnish art field. The villa, originally built by Marie-Louise and Gunnar Didrichsen for themselves and their art collection, is one of the leading art museums in Finland.

The villa is not only a place for art but also a piece of art itself. Its build was completed in 1957 by the seaside in Kuusisaari, located 7 kilometres from the centre of Helsinki. Well known and internationally renowned Finnish architect Viljo Revell designed the villa for art. The modernistic and minimalistic interior sets the scene for Marie-Louise and Gunnar Didrichsen’s growing collection. 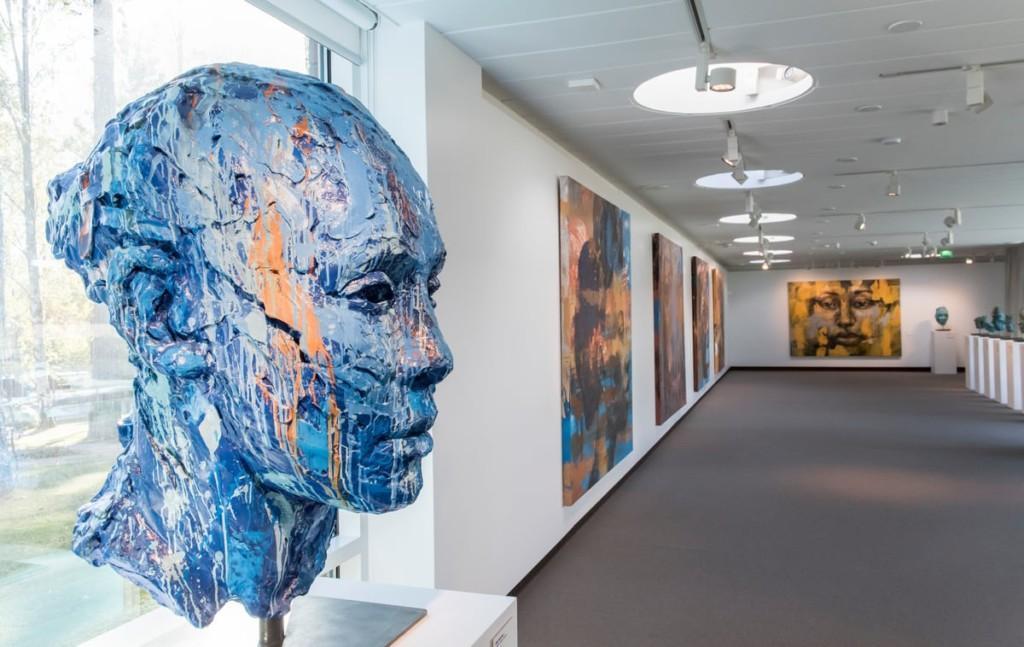 “The extension, which later was to become the museum wing, was originally planned for private use as well. However, during the construction it became evident that it could have a larger role”, says Mrs. Maria Didrichsen, Chief Curator of the museum.

In 1965 the art museum was opened, the extension is the last finished work of Viljo Revell. “Viljo Revell was a genius, he was able to take the best out of the constantly varying light and the surrounding nature”, says Mrs. Didrichsen sitting in an area that was originally the living room, with huge windows looking out towards the sea. The flood of light comes in from every direction, and yet it is always scattered, never direct sunshine. This is essential to show the art off in its best light! 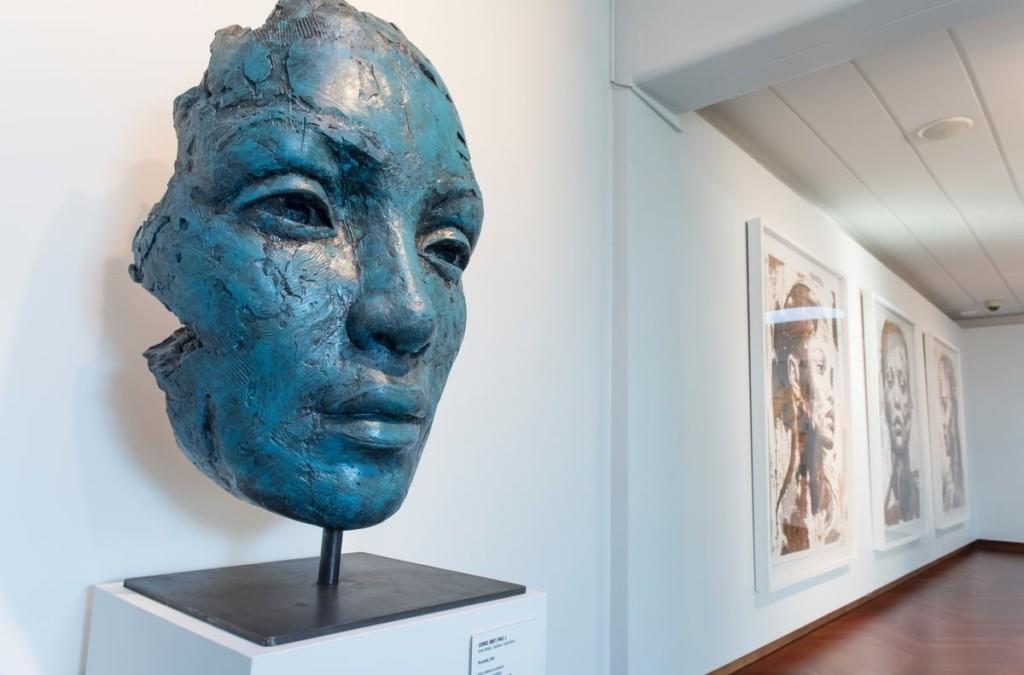 TECHNOLOGY IN THE SERVICE OF ART

The architecture of Revell has endured time. However, a condition survey carried out in 2010 showed that there was a severe need for renovation. The museum was thoroughly renovated and reopened its doors in 2014. 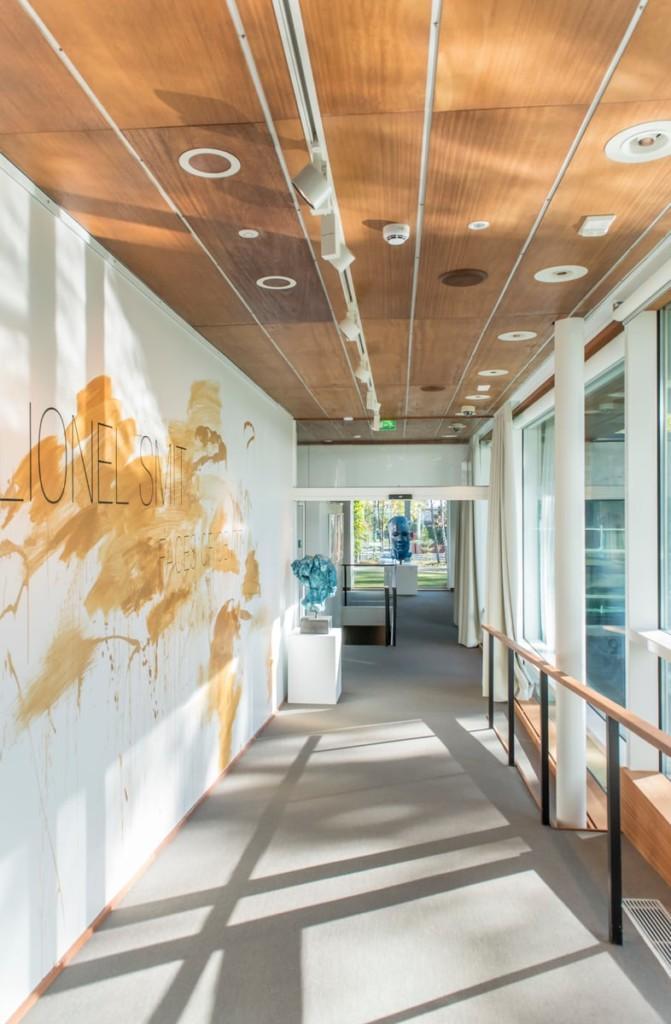 “The wooden panels of the ceiling were taken down, thoroughly cleaned and reinstalled”, says Maria Didrichsen. “The museum had very strict requirements as the primary target was to preserve the original spirit of Viljo Revell. In this respect the results are excellent, visitors don’t even notice the changes.

The second requirement was to improve accessibility, stairs were removed and an elevator added. The former caretaker’s dwelling gave room for a spacious reception and museum shop. A terrace was added and the public sculpture garden renovated. A pathway leads a visitor through the unique outdoor exhibition.

The third, very relevant entity is the muséal conditions. All systems were renewed: air conditioning, humidity, heating, lighting. The level of the security system is high and meets the requirements of the most demanding art lenders. We are now set up to take on even the most demanding exhibitions”.

An essential part of the renovation was to renew the lighting system. The enormous windows that look out towards the Finnish seaside lets the light pour in. The light constantly changes at different times of the day and with the four seasons. This was a big challenge for the installation of the lighting system as the original structures and materials were to be maintained.

In the former living quarters, the original luminaires were mounted into the ceiling structures; they were also equipped with 100 W incandescent lamps, the heat load was far too strong for art. The first time the lighting system was renewed it was with halogen downlights in the beginning of 1990’s. Every step of the renovation and all the chosen solutions were dictated by the building. The new lighting system was to be fitted in the structures made for the original lighting.

Hanging or protruding fixtures were out of the question. The whole system was built with LED luminaires. The light output of the DALI-controlled spotlights and wall washers can be controlled individually for each piece of art. When a new exhibition is being built the lighting can be changed according to the artworks and structures.

Downstairs the museum holds its unique collection of artefacts from ancient Oriental and Pre-Columbian cultures. The small Italian LED lights in the vitrines have been attached in rails. Their function is optimal, and the level of light has been adjusted with care.

There is no need to turn the lights on and off any more. Everything is automatised so if there is no movement in the space the lighting dims down and eventually turns off. The Helvar lighting system measures the used energy and reports the hours of lighting.

The whole system is digital and every luminaire has its own address. The user interface has been configured like a web-page. You may monitor and adjust the lighting scenes from the screen on all floors, luminaire groups and even per individual luminaire. The system can define exactly when the luminaire is switched on and at which light level and for how long. Every luminaire is adjusted according to the artwork. Graphic art requires a totally different light from an oil painting.

Delft, The Netherlands
The Glyptotek, Copenhagen

Copenhagen, Denmark
We respect your privacy
We use cookies to optimise our website and our service, to analyse site usage, and to assist in our marketing efforts. Read more and view used cookies in our Cookie Policy.
Manage options Manage services Manage vendors Read more about these purposes
Preferences
{title} {title} {title}