The West Metro, otherwise known as Länsimetro, connects Helsinki and Espoo and consists of eight underground stations. The aim of the extension was to bring rail traffic to Espoo’s southern areas. Each station is distinctive and uses architecture and lighting to create a welcoming atmosphere. 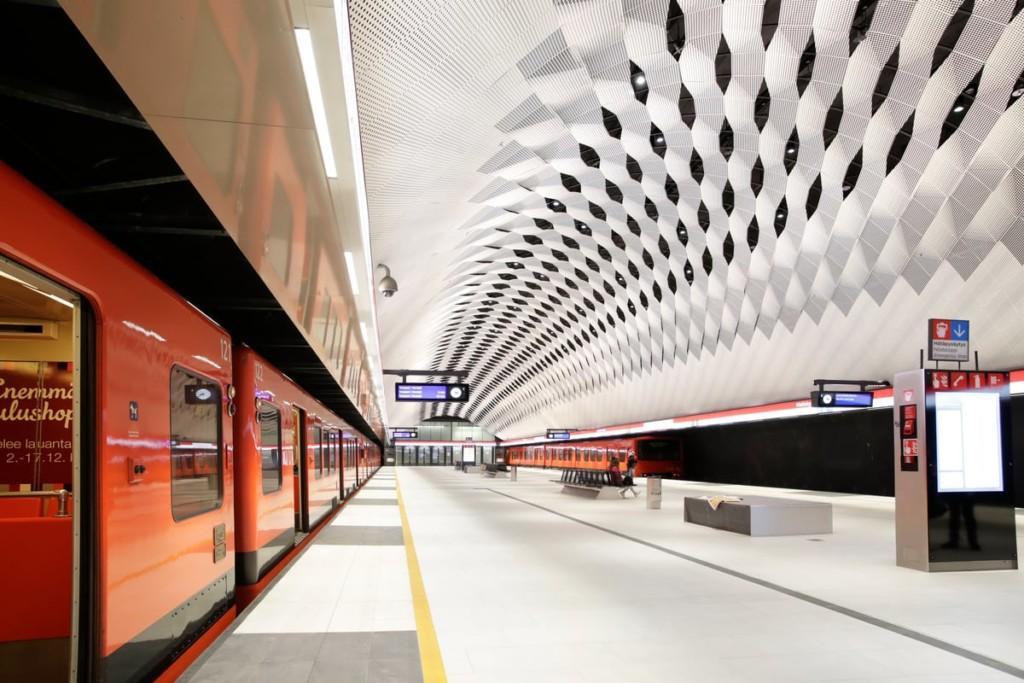 The grand opening for the long-awaited extension was held on 18 November 2017. Each station is architecturally interesting, and the choice of materials, lighting and art all come together to help commuters to easily distinguish one station from the other. 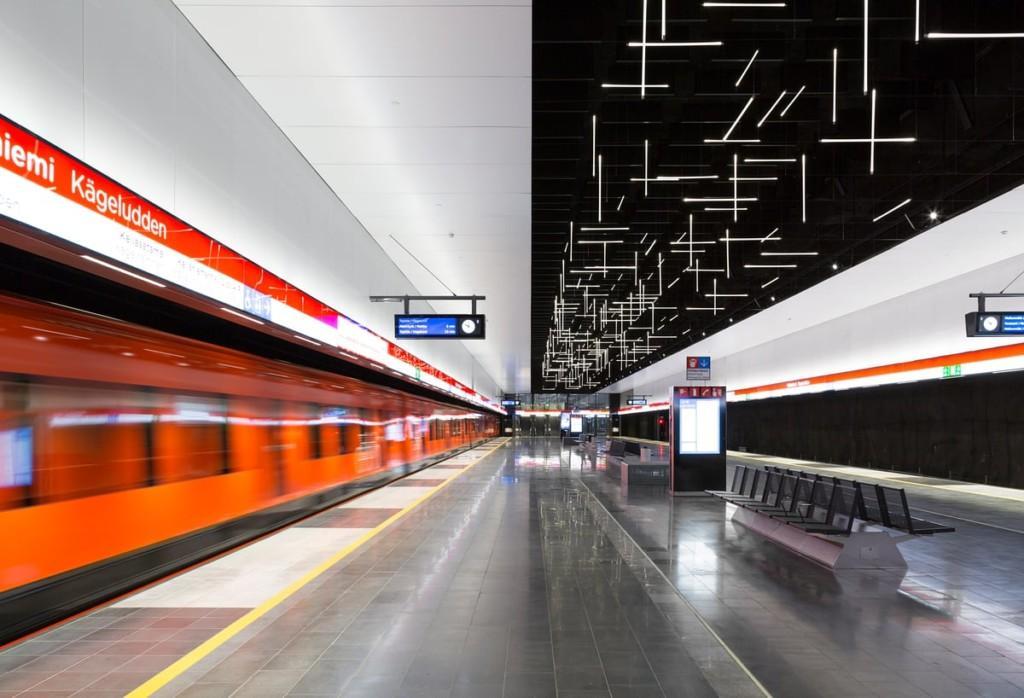 The lighting is energy-efficient and glare-free with modern technology by Helvar DALI drivers and Lighting Control Systems, with Purso being the main luminaire provider. Above the platforms, light has been used to highlight the area and the lighting levels have been increased to make passengers aware of the gap between the platform and the train track. 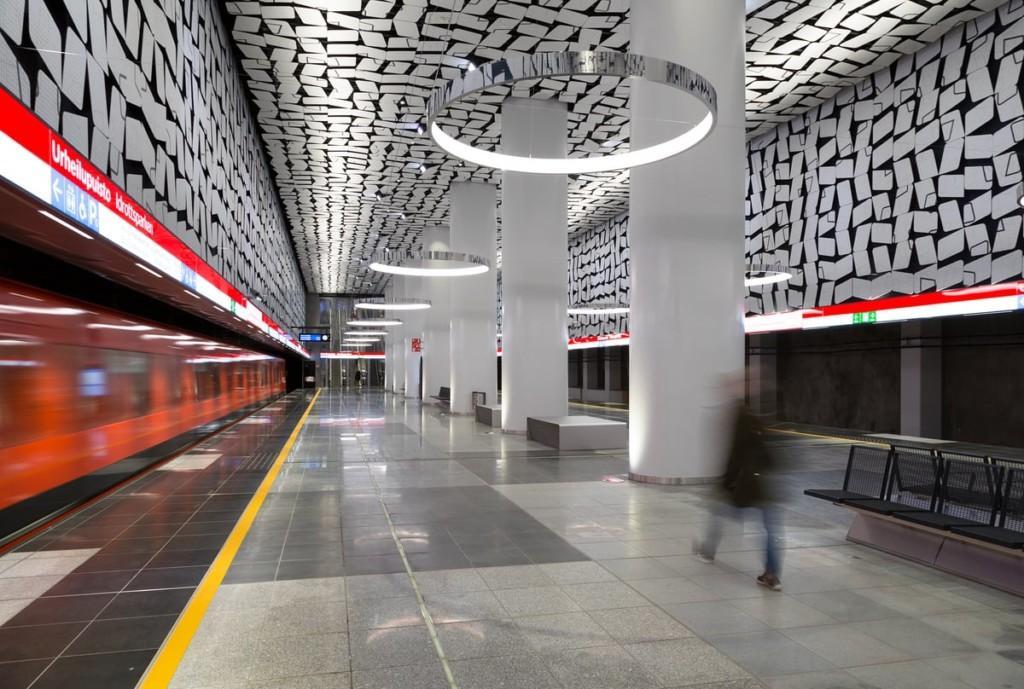 Helvar’s router system is used in each of the eight underground stations. During the design process, it was simplified so that, for example, in Keilaniemi and Matinkylä there are four switchboards including one router and one input unit.

The lighting is controlled by BMS via input units. The Routers operate as stand-alone units without connection via ethernet. The stations do not use any sensors or pushbutton panels, instead programming is made by the Helvar team.

The project was awarded the Light Attraction of the Year 2019 Award at the Jyväskylä Fair held from 5th to 7th February 2020 in Helsinki. The jury concluded: “Architectural lighting implementations of Länsimetro stations are a refreshing exception to the usual subway station lighting. A high-quality environment makes passengers feel that the lighting design has not only increased their safety, but also their comfort.” The award is a credit to all of the companies involved that enabled the creation of eight inviting and appealing stations where the lighting and architecture work seamlessly together.

“This is a proud achievement for Helvar and all of the companies involved. Länsimetro plays a significant role for commuters and tourists and connects the two Finnish cities of Helsinki and Espoo together. It was a great project to be involved in and I hope that the people who use the underground stations appreciate the beauty of the architecture and lighting.” Heikki Napola – Sales Manager, Helvar Oy Ab

Turkey
We respect your privacy
We use cookies to optimise our website and our service, to analyse site usage, and to assist in our marketing efforts. Read more and view used cookies in our Cookie Policy.
Manage options Manage services Manage vendors Read more about these purposes
Preferences
{title} {title} {title}