The new Bocconi building has won the prize for World Building of the Year 2008 at the World Architecture Festival in Barcelona. 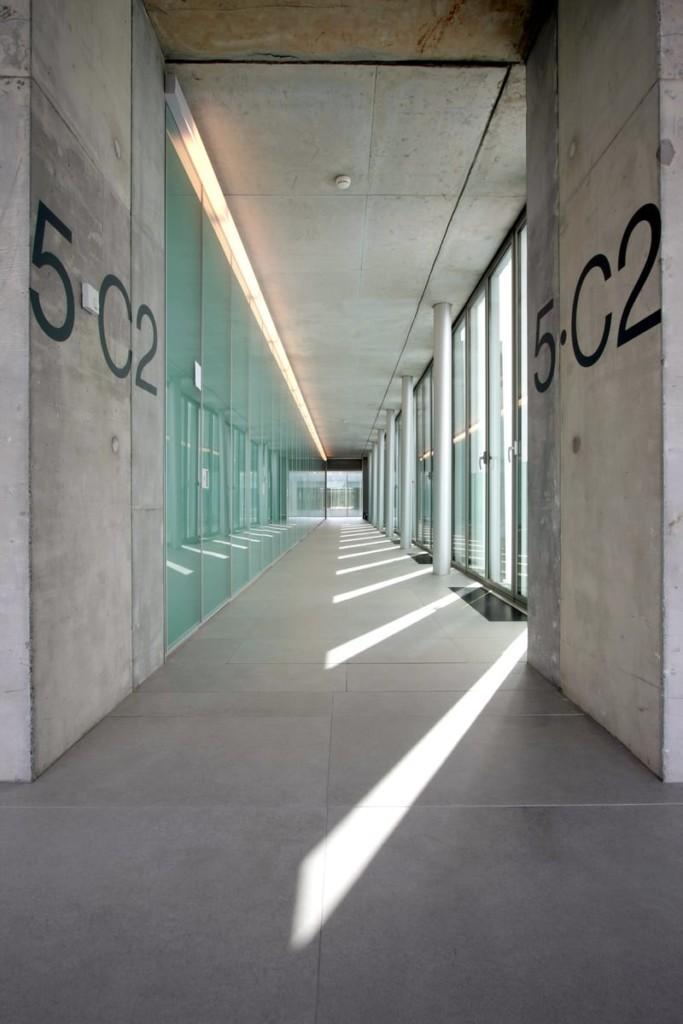 The Milan-based Bocconi University is an internationally acknowledged cultural institution. For over a century its students have made up the core of the Italian managerial and entrepreneurial class. Since 1940 the University has been located in the southern part of Milan, next to Parco Ravizza and behind the remains of the Spanish Walls. Bocconi’s campus has grown over the decades and is now an entire neighbourhood within a lively residential and commercial district.

The Bocconi University is not new to hiring prestigious architects – such as Giuseppe Pagano, Giovanni Muzio, and Ignazio Gardella – for designing some of its campus buildings. 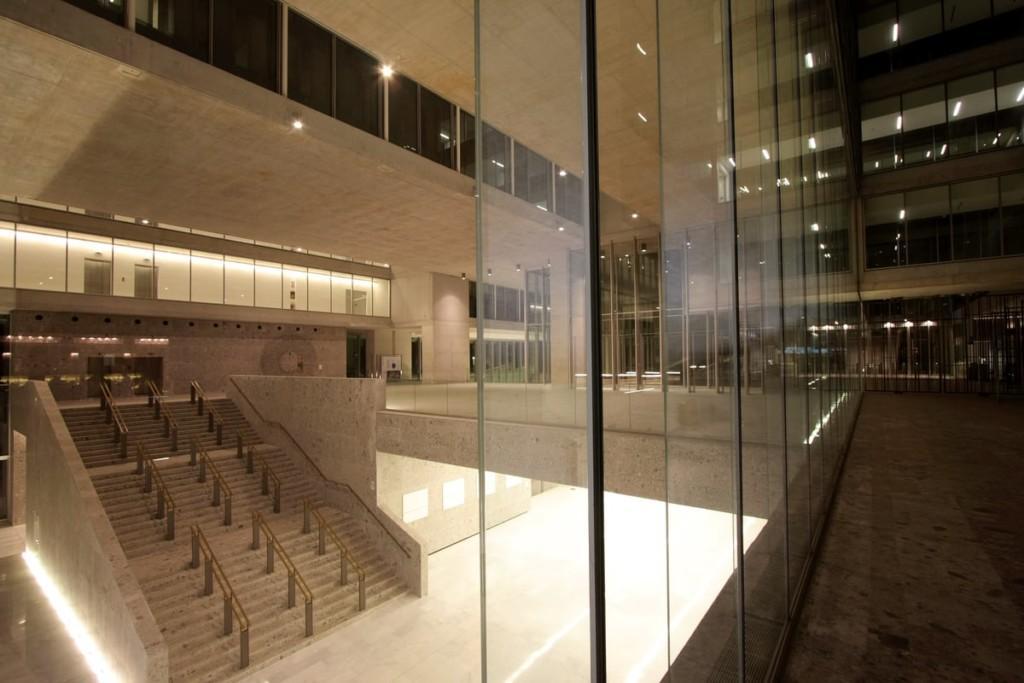 This new building represents a memorable image to confirm the important cultural contribution that the Bocconi University plays in the life of this city. It will be inaugurated at the end of October 2008 and it will house the scientific and research activities of the Bocconi University. It will include 883 office premises, a 1,000-seat “Aula Magna” – divided into two separate halls each with a foyer and other spaces for meetings and exhibitions – and an underground parking place capable of accommodating 200 cars.

In 2002 Ireland-based Grafton Architects won the competition to design the new building. A prestigious competition jury unanimously declared Grafton’s design the winner, saying it presents from the start a meaningful and correct relationship between the immediate external urban context and the internal context of the university, and innovative technological solutions. 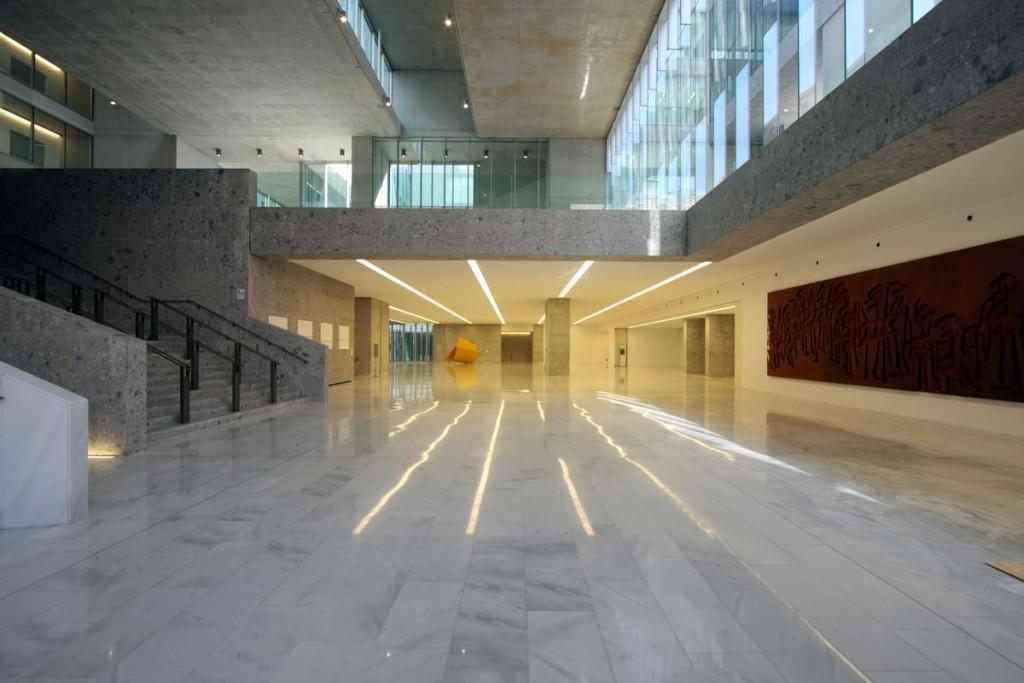 The multi-opening citadel expresses at one time modernity in its structural and technological solutions, and solemnity in its wide empty spaces. The volume of the Aula Magna accounts for an almost sacral space, while a dynamic core made up of offices, research labs, libraries, and internal squares fills the surrounding space.

Although not fully visible to the visitor, innovative architectural and technological solutions make this building particularly efficient: sophisticated foundation work (14 m deep into the earth), and an energy-efficient lighting system. Helvar is proud to be part of this enterprise as provider of lighting control systems and digital power supply units for the foyers, the Aula Magna, and all the offices. 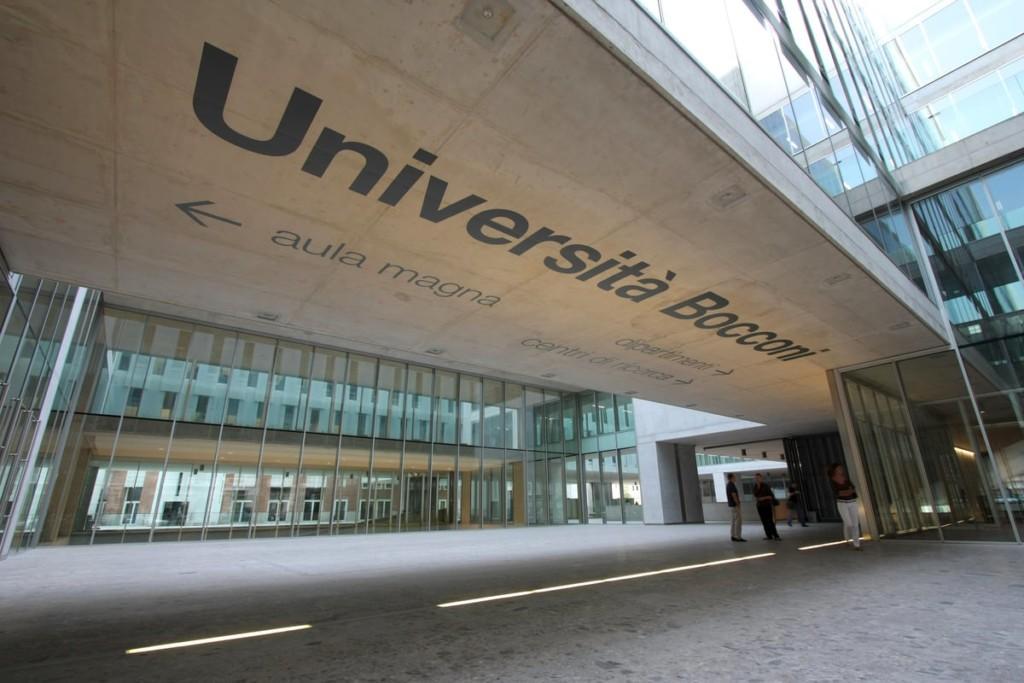 THE AULA MAGNA — A WINDOW TO MILAN

The entrance to the campus opens on the artery of Viale Bligny and the Aula Magna – a true 1,000-seat theatre – is placed hard against this artery to stress the strong link between the Bocconi University and Milan. Seen from the street, the Aula Magna – with its tall glass windows and the large empty space of the foyers – has a very strong scenic impact, like “a window to Milan”. When you enter this space, the impact is definitely strong and unforgettable. Here glass, concrete, and local stone mix with light-coloured glossy marble, which enlightens and enriches the environment with numberless reflections.

This space celebrates the “grandeur” of the University housing it, like a cathedral devoted to the economic culture but still capable of representing a loftier concept of universal culture.

A LARGE PLACE FOR EXCHANGE

The beehive world of offices and research labs is suspended between ground and sky. It is housed in elevated bodies overlapping the public spaces. It is an organized, flexible and interactive labyrinth, where workspaces alternate with courts and cantilevered gardens. A careful section analysis allowed the designers to effectively alternate full and empty spaces for filtering natural light to all levels, including those located 9 m underground.

In large buildings energy costs are inevitably high, unless due action is taken.

“It was extremely important – explains Mr. Luigi Amman, the engineer in charge of lighting control system installation – the entire building to be equipped with an efficient, state-ofthe-art lighting system to achieve the right balance between visual comfort, energy saving, functionality, and lookand-feel.”

In large buildings such as this one energy costs are inevitably high, unless due action is taken during the design phase to include the appropriate energy saving technologies to cut down such costs. For the about 900 offices, the corridors, the foyers of the Aula Magna and the smaller premises, the project envisaged the use of fluorescent lighting through new-generation luminaires designed by Mr. Bonucelli, the Architect in charge of the interior design. The choice of fluorescent light as against other types of light sources already entails energy saving to some extent, which can be further incremented by using digital electronic ballasts capable of controlling the flow of light based on actual lighting needs and ambient light conditions during the day and the year.

One more step towards full energy efficiency was represented by the installation of a lighting control system capable of controlling the various parts of the lighting system in an organized way. In the case of the interconnected through DALI bus systems that handle each individual row of offices.

To allow for centralized management, Helvar installed 50 DALI / LON Gateways and 7 DIGIDIM Routers for easy communication between the DALI networks and the central control system. The choice of DALI bus systems and digital electronic ballasts allows for easy scaling and enhancement of the system architecture by integrating it with other performance enhancers, such as presence detectors, light sensors, etc.

The two foyers of the Aula Magna – characterized by long rows of lights following the geometry of the glass windows’ spines – called for totally different system design and requirements. In this particular case, it was extremely important to control individual luminaires in the installation from an easy-to-use control panel and recall default scenes or programme new ones according to specific needs. Last but not least, for the classrooms on the second floor a Helvar DIGIDIM system was used, which allows to recall the default scenes through an ad hoc keypad: entrance light, projection light, speaker’s light. This was indeed a complex and demanding project, whereby the strict cooperation between designers and engineers proved to be of critical importance. “As in other previous projects – confirms Mr. Amman – the availability and competence of Helvar’s staff allowed us to choose the best solutions for the various premises and to be flexible enough to adapt to all the changes requested by the Customer”.