Markthal in Rotterdam is a state of the art building, home to 8 restaurants, 96 fresh food and flower stalls and a 4 story underground car park. 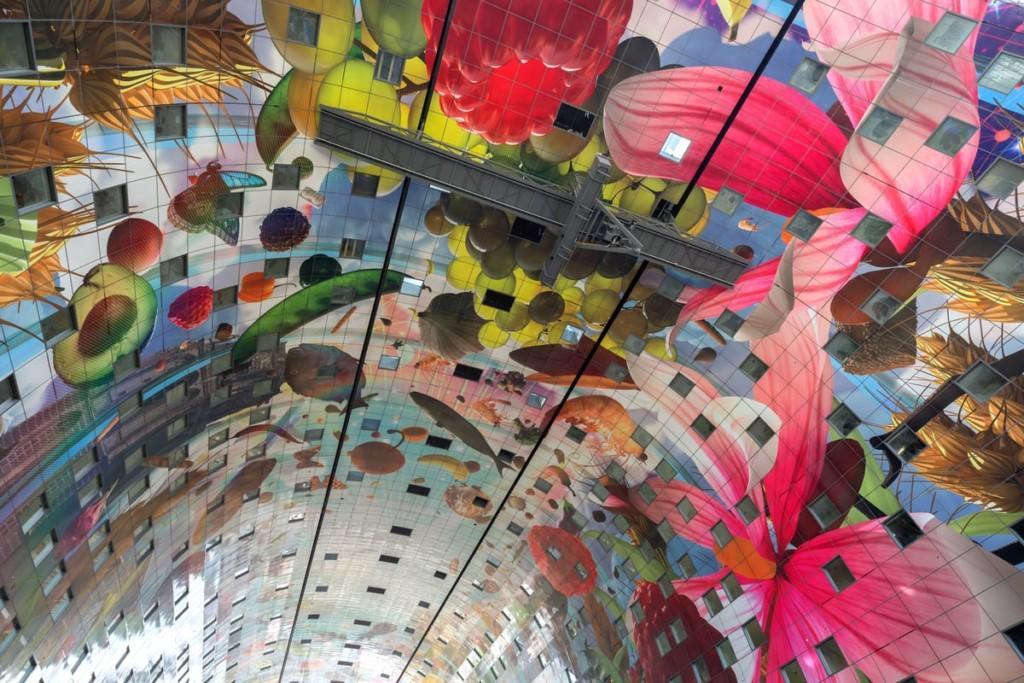 With home to 8 restaurants, 96 fresh food and flower stalls and a 4 story underground car park offering 1,200 car parking spaces the Markthal in Rotterdam is a state of the art building that 228 of its residents can also call home due to the apartments that are built into the roof structure.

With windows that look down onto the Markthal floor along with balconies that open out over the city centre this is a cultural place to live and work. Designed by local architectural firm MVRDV and with the help of a number of construction companies and consultants, this 130 foot (40 meter) arch is designed to attract people into Rotterdam’s city centre. 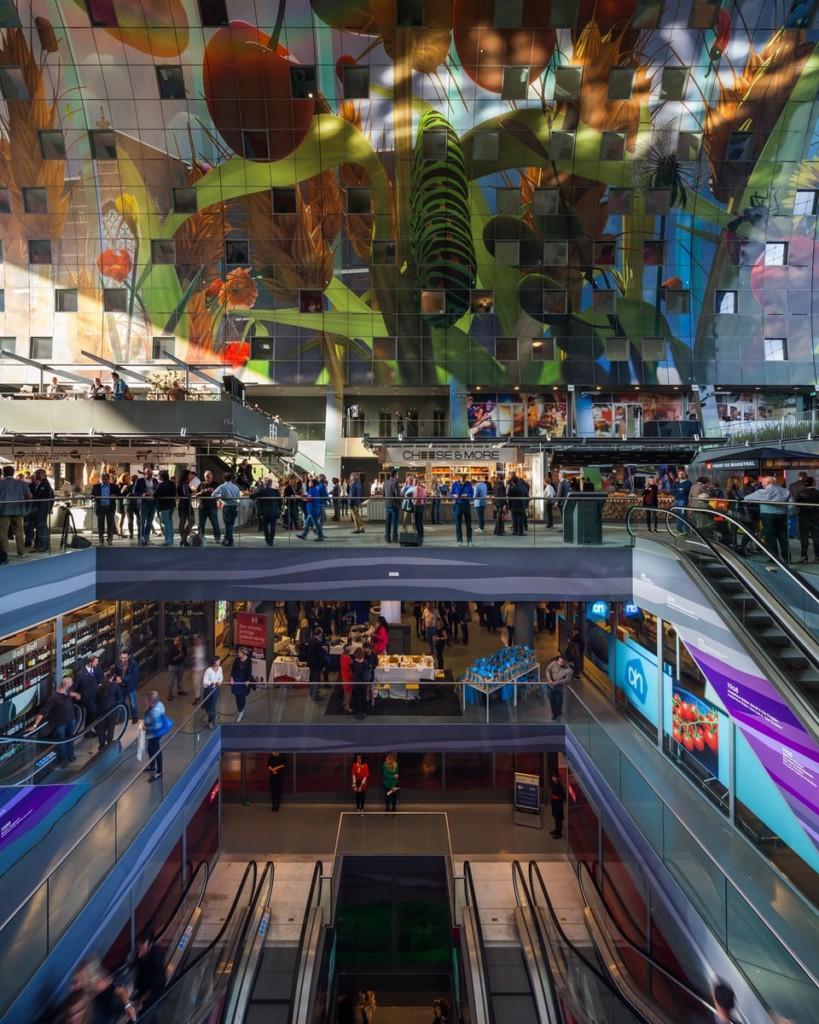 Construction began in November 2009 and took over three years to complete, with the grand opening on the 1st October 2014 by Queen Maxima. Being the first covered food Markthal in the Netherlands and combining shopping, eating and living all under the same roof the Markthal has received over a million visitors in its first week.

The most striking part of the Markthal is the artwork that decorates the interior arch. Designed by Arno Coenen and Iris Roskam measuring over 11,000m2 “Cornucopia” is the largest piece of artwork in the whole of the Netherlands. Fresh fruit, flowers, loaves of bread and fish look down on its shoppers in an array of striking colours and 3D impression. One piece in the center of the art work is left white, throughout the year various images will be projected onto the ceiling responding to themes such as season and food. 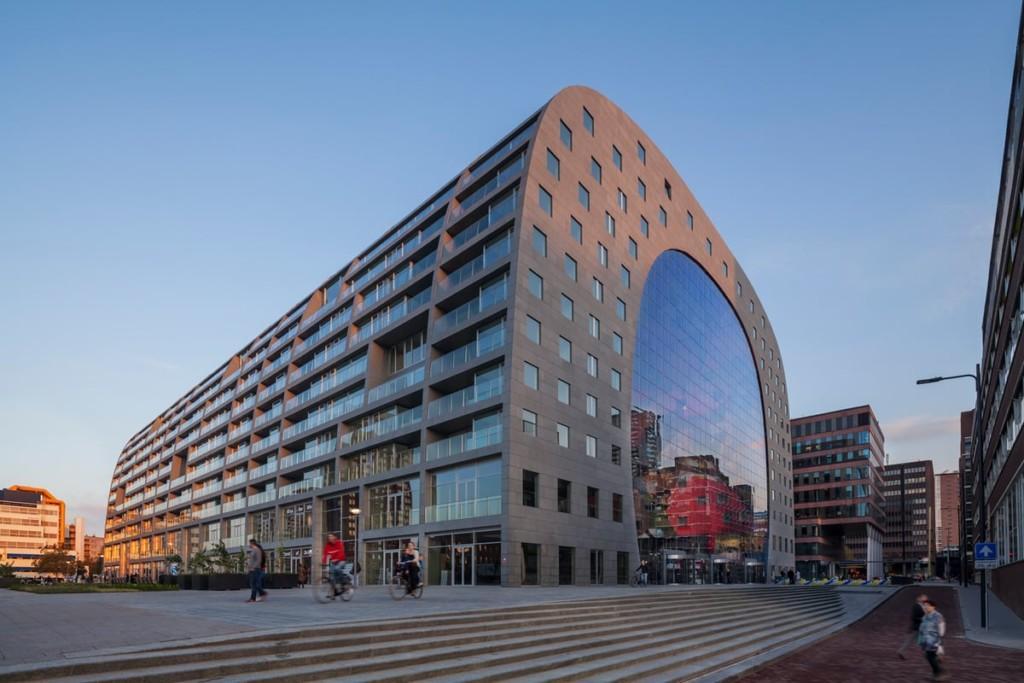 The Digidim router 910 is used to control the DALI luminaires in the open area of the building. The spot lights on the retail units are automatically controlled by the lighting levels from natural daylight coming through from the floor to ceiling glass sides of the building. The luminaires in the staircases leading up to the apartments are dimmed in the evening so they don’t interrupt the circadian rhythm of its residents. The Helvar Router system is connected to a Tridium system which also controls the climate in the building. The Markthal has received a BREEAM Very Good certificate. 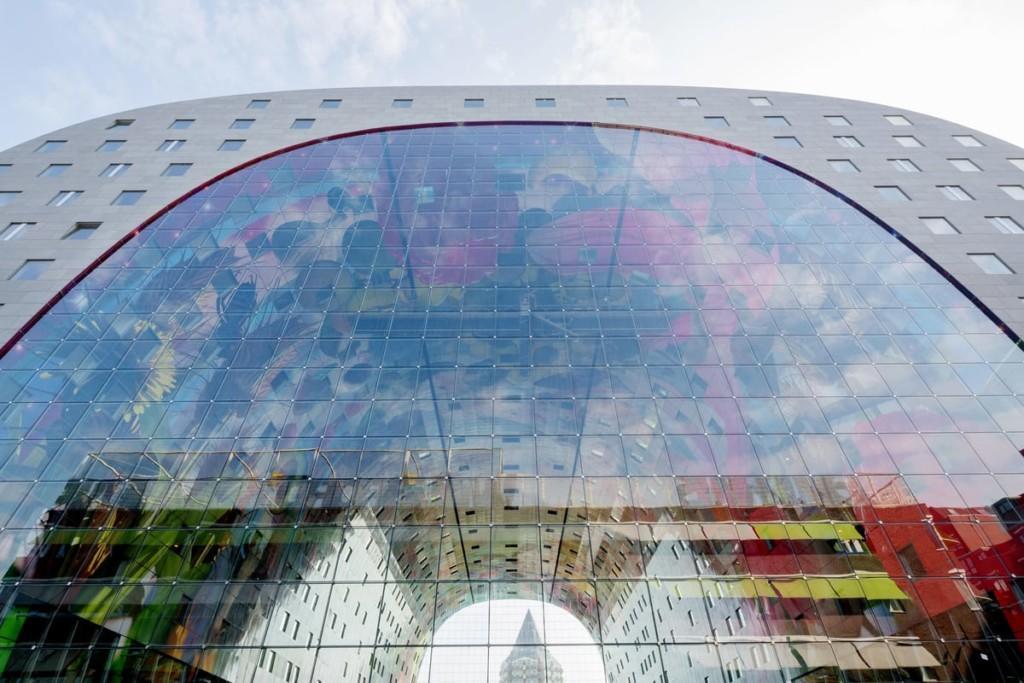 The Markthal will bring people together as a place for those who enjoy eating and drinking and taking in the atmosphere and artwork. Designed to host food and wine festivals it will attract people far and wide to enjoy its delights. Rotterdam’s introduction of trendy bars, restaurants and shops are bringing new life and excitement to its residents and visitors.

London, United Kingdom
We respect your privacy
We use cookies to optimise our website and our service, to analyse site usage, and to assist in our marketing efforts. Read more and view used cookies in our Cookie Policy.
Manage options Manage services Manage vendors Read more about these purposes
Preferences
{title} {title} {title}