The beautiful National Library of Finland, locating in the heart of Helsinki city centre, was carefully renovated and opened its door again for public in early 2016. 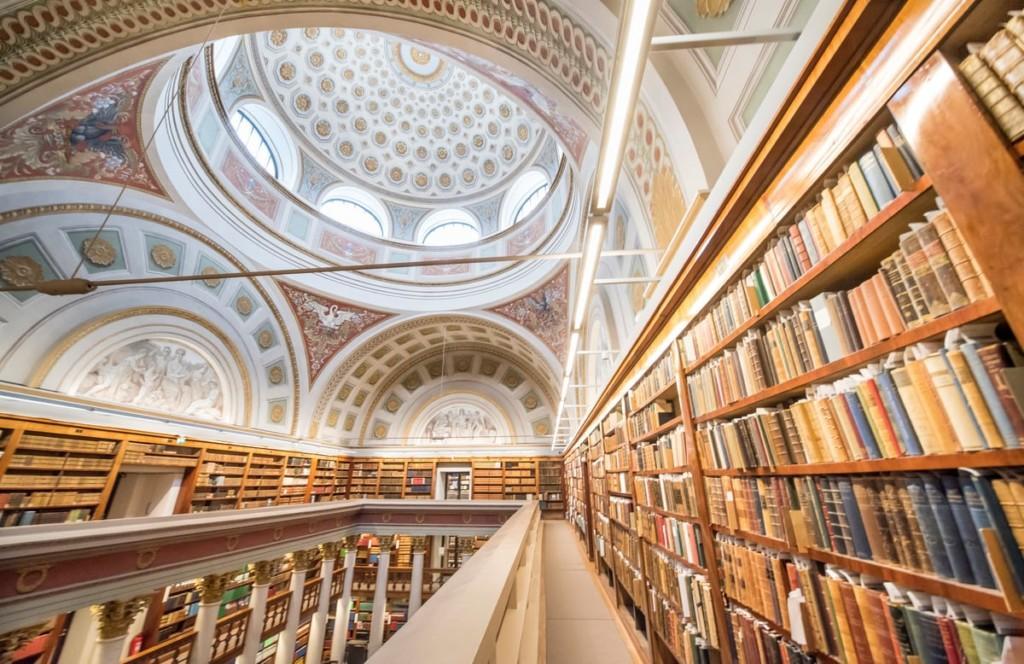 The new lighting system had an important role in the renovation of this heritage building. After a successful lighting project carried out in the Helsinki university library, Kaisa-talo, the decision makers at Helsinki University felt that Helvar was the obvious choice to provide its renowned stunning lighting control to the National Library as well. The National Library, which is the oldest and largest scholarly library in Finland, was looking for a lighting system that could be individually and flexibly controlled as the need for light changes frequently. The library organises regularly book sales and fairs, which require brighter, focused lighting in some areas as at the same time the other parts of the library are lit according to normal daily lighting needs. DALI lighting system was chosen for this job due to its capabilities in fulfilling the varied requirements.

‘The Helvar lighting control system makes it easy to modify the lighting levels to which luminaires are lit, or dimmed, at any one time. This is important as flexibility is needed and the rooms can be used for many different functions, all requiring different lighting settings’, comments the Lighting Designer Sanna Forsman from Granlund Helsinki office. 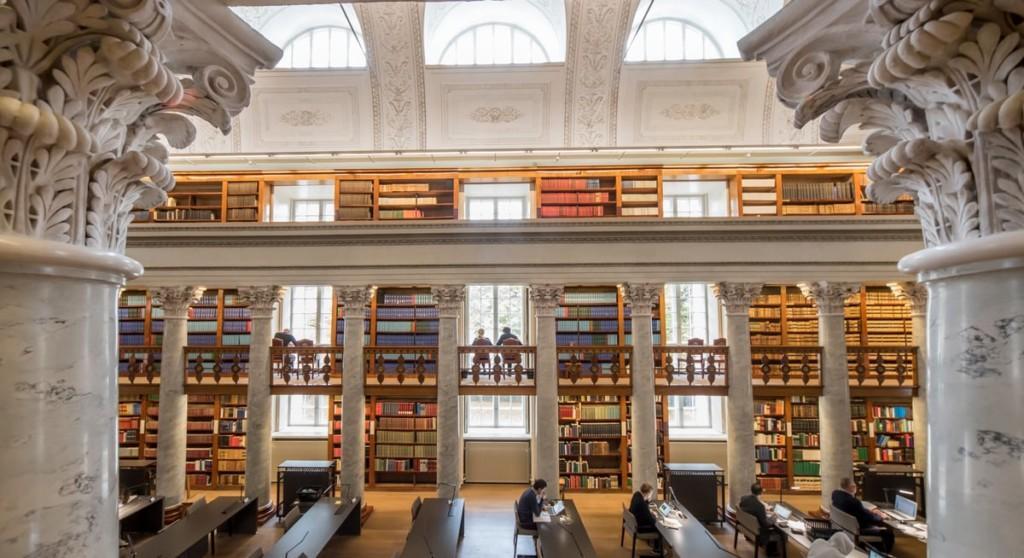 Jukka Riikkula, Helvar Country Manager for Finland comments: “Having control over this size of a lighting system means that the National Library has complete confidence in its ability to change the lighting scenes instantly, whether it is for a book launch, tour of the library or general daily use. The library previously didn’t have any sort of lighting control, which made all changes in the lighting very inefficient. By using Helvar, we estimate that the library has saved 70-80% of its energy used in lighting.” 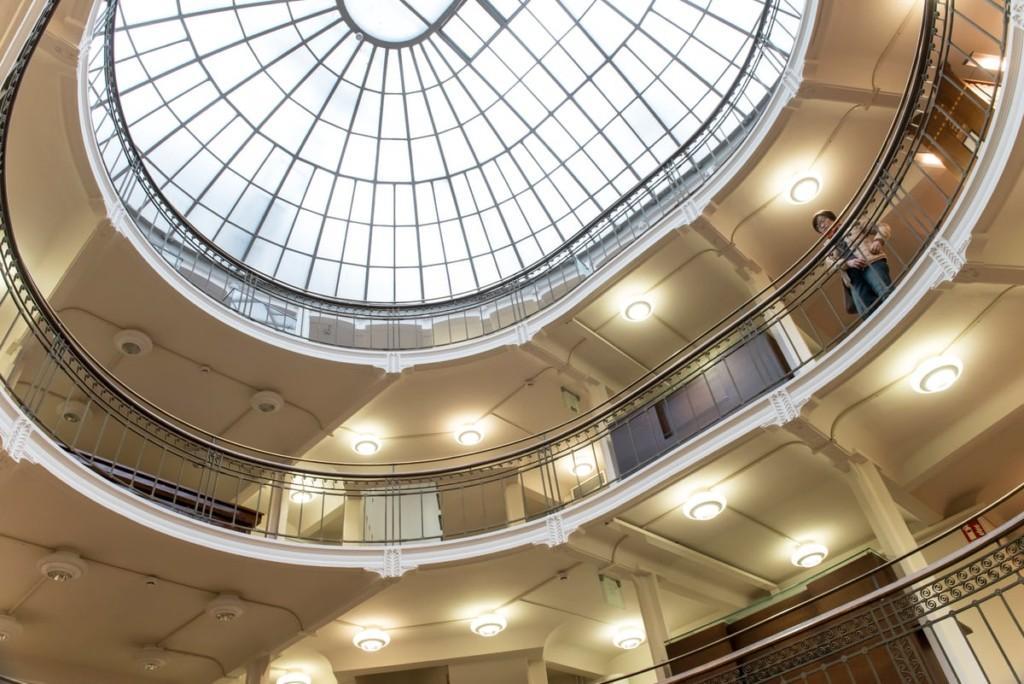 The lighting also works in tune with the natural daylight, meaning it will be dimmed to a low level, or turned off when there is plenty of natural light available. System will gradually increase the level of light as the sun sets, reducing used energy and creating an ambient lighting experience at any time of day.

Using lighting control in a heritage building can make the most of its intricate detail by highlighting its architecture in the most flattering light. It also helps to reduce running costs, which is essential in a public building such as a library that needs to keep its expenses as low as possible. The result is a visually stunning, yet efficient solution that the National Library can make use of for many years to come. 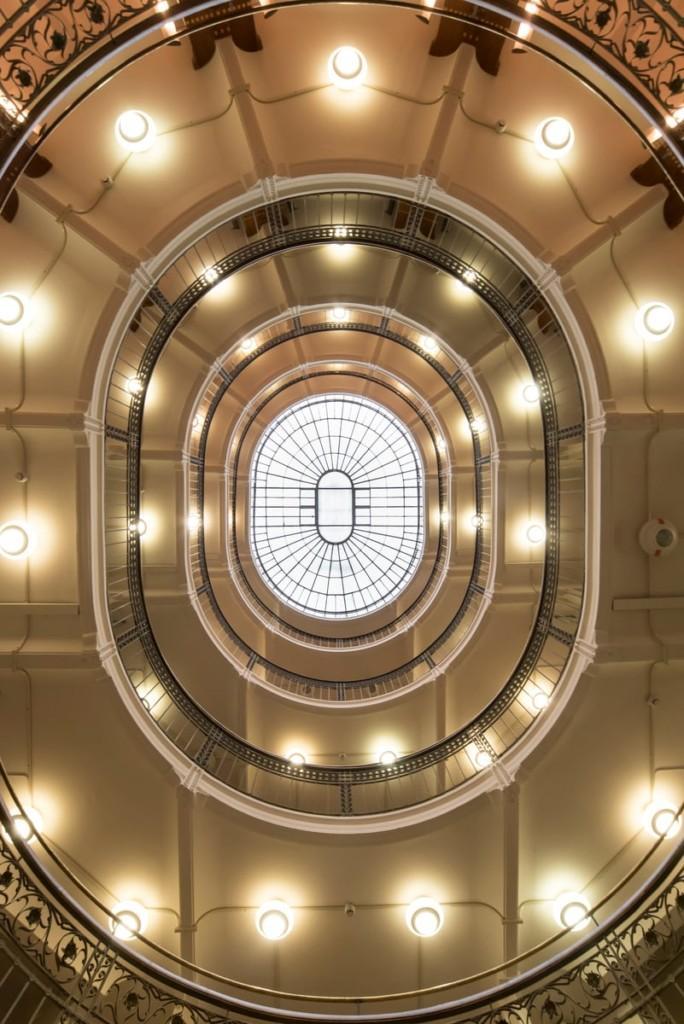 ”By using Helvar, we estimate that the library has saved 70-80% of its energy used in lighting”, says Jukka Riikkula.

The establishment of the National Library dates back to year 1604, since 1845 the library has located in the same, just recently renovated building in the centre of Helsinki. The National Library is the oldest and largest scholarly library in Finland. It is responsible for the collection, description, preservation and accessibility of Finland’s printed national heritage and the unique collections under its care. The library’s collection covers 115 shelf kilometres of material; 3 million books ad 3 million other publications. The collection includes also a couple of special collections, which belong to the UNESCO world heritage site. Conservation and digitising the collections is one of the library’s most important responsibilities.

Delft, The Netherlands
We respect your privacy
We use cookies to optimise our website and our service, to analyse site usage, and to assist in our marketing efforts. Read more and view used cookies in our Cookie Policy.
Manage options Manage services Manage vendors Read more about these purposes
Preferences
{title} {title} {title}