Tipotie Social Services and Health Centre in Tampere is wonderfully light on the inside, even on a grey autumn day. The large, arched glass walls let natural light enter the central lobby, and the programmed lighting solutions complement it automatically, as needed. 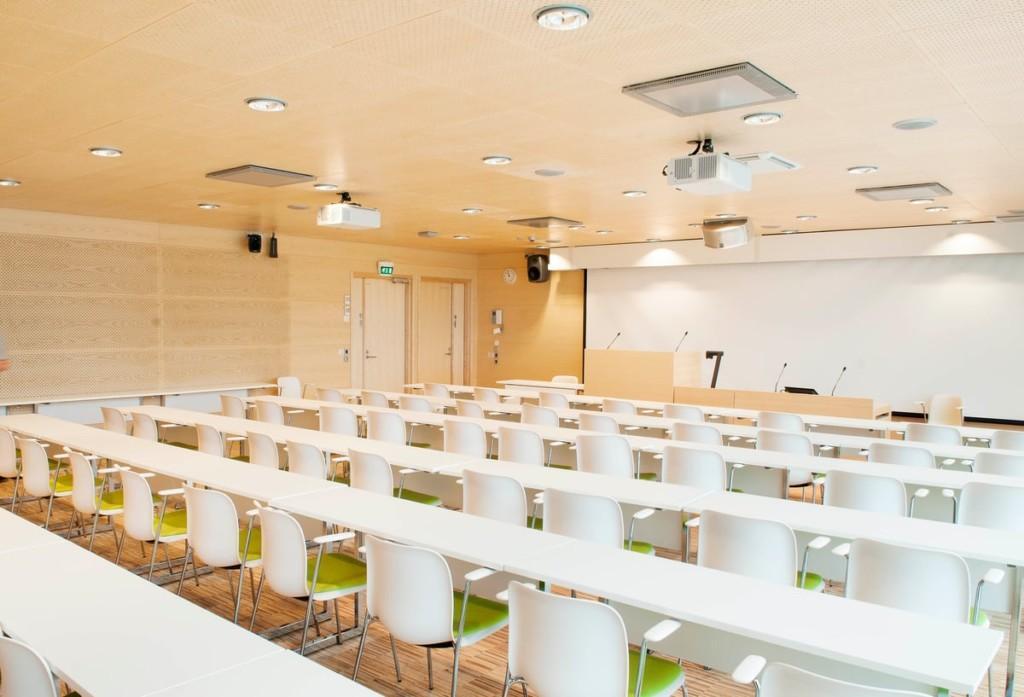 The lighting of the spacious lobby that spans multiple floors is controlled by Helvar’s DALI router system. DALI is not used in the corridors, offices and operating rooms, but lighting control in these spaces is also based on Helvar’s programming. “In 2009, when we were designing the building, DALI was a fairly expensive solution,” says Risto Vastamaa, Electrical Engineer at Sähkötekniikka Kari Sirén Oy. “If we were to design the space now, we would definitely use more DALI drivers,” he continues.

Electrical engineering at Tipotie started in March 2009. During the project, the team installed hundreds of kilometres of cable and buses and routers for the lighting system. They also furnished the rooms with dimmable fluorescent lighting fixtures and carried out the programming. The lighting control system of Tipotie health centre is independent, which means that it is not connected with the rest of the building automation system. The lights were switched on shortly after Midsummer in 2013. The centre was officially inaugurated in August. Because the centre was inaugurated in the lightest time of the year, the final programming and constant light control took place in October. “The client had strict energy savings policies,” Risto Vastamaa remembers. 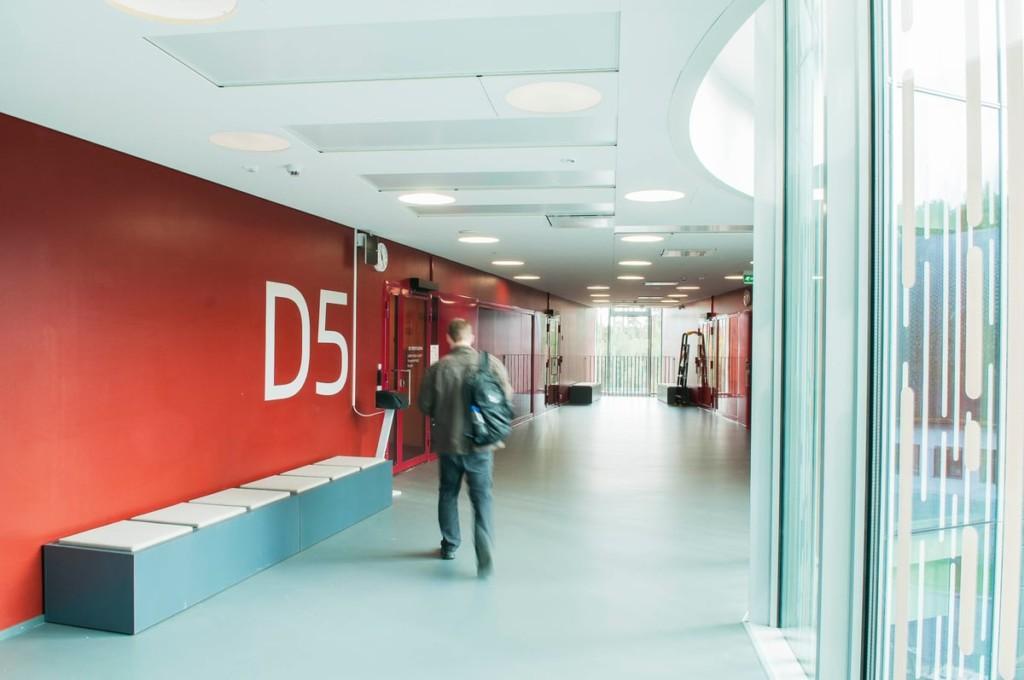 According to Vastamaa and the client’s representative Antti Lakka, Project Manager at Tampere Real Estate Services, the design team “turned over every rock to see whether energy savings could be found.” Although air conditioning and heating use up the most energy, notable savings can also be found in lighting. “Dimming and motion sensors are the key ways of saving energy when it comes to lighting. If we dim the lights by 50% and switch the lights off in empty rooms, we can save at least 70%,” Vastamaa estimates. The DALI system controls the luminaires in the central lobby. Each luminaire has its own address, which enables them to be controlled and monitored individually. There is a small, discreet screen in the porters’ room for controlling the lighting and different scenes.

The corridors have no DALI drivers, but the luminaires are controlled in groups through software provided by Helvar. “The rooms’ lights are automatically switched on and off, but they can also be dimmed manually,” says Sirkka Helin, Head Nurse at Tipotie Social Services and Health Centre. 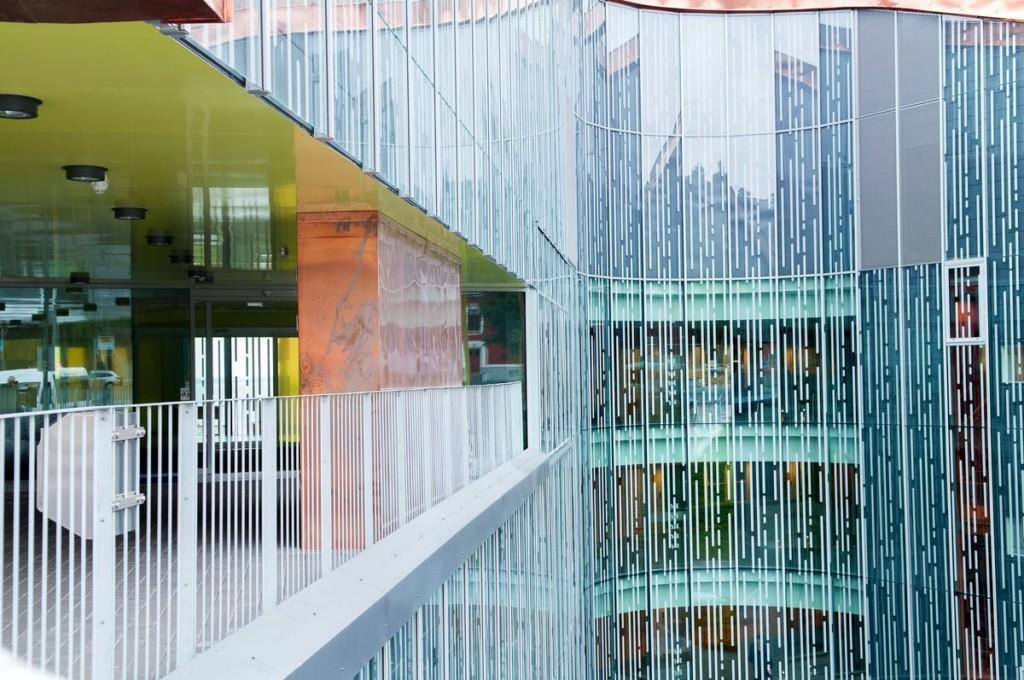 She shows us a smoothly rotating control switch that dims the light steplessly. According to Helin, the employees are extremely happy with the convenient and easy-to-use system. “We haven’t had any negative feedback on the lighting solution,” Helin says.

“When the lights function as they should, users can almost forget about them. After a while, we no longer think about the lights, we take good lighting for granted,” Antti Lakka says. “In this sense, hearing nothing from the end users is a good sign. The lighting supplier has done a great job!” 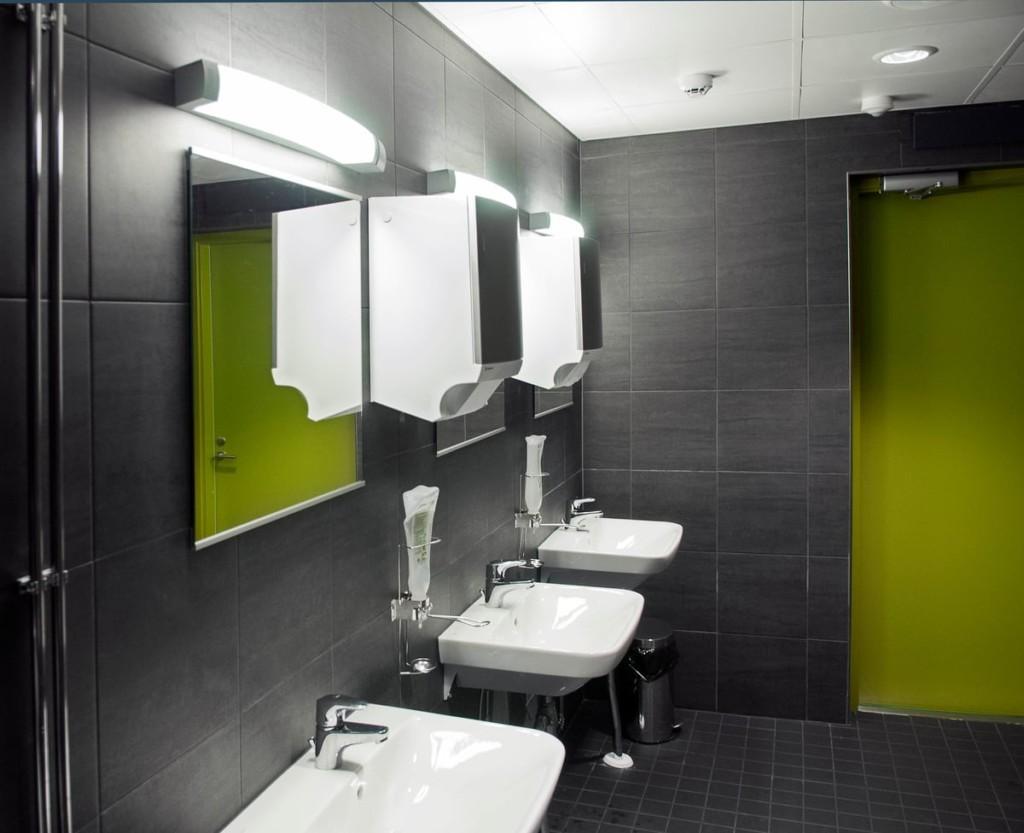 Antti Lakka thanks the simple design of the switches. In his opinion, a standard rocker switch is the optimal user interface. “They should not be too complicated. No-one should have to think how the switch works,” he says.

Sirkka Helin still thinks there is room for improvement in commissioning training. “I’m sure there are still some features the users are unaware of,” she comments.

Tampere-based company Sähköpeko Oy was selected as the electrical supplier after a competitive bidding process. Tuomas Kaita, Manager for Turnkey Construction at Sähköpeko, says that the engineers based their work on Helvar’s routers and programming. Lighting equipment by Helvar was part of the solution that won the competitive bidding process. “Installing the equipment was really easy,” he says. “All the control data was stored in two wires, which made the system easy to install as part of the standard electrical installation work.”

Kaita was particularly happy with the support they received at the commissioning stage. “We received excellent, quick and timely support from Miikka Etelälahti and Mika Mäkinen of Helvar.” Tuomas Kaita emphasises the role of specialist help in projects of this scale. “There are so may luminaires, and the router opens up endless possibilities that are only limited by our imagination,” he says. “This is why the designer should cooperate with both the user and the lighting control provider at an early stage.” There were some interoperability issues in the project, but these mainly concerned other areas, such as the AV equipment and screens. “We had several different suppliers in these areas,” Tuomas Kaita tells us. He wants to thank the LED designers for their excellent professional skills. “You could say the designers were clearly on top of their game, we didn’t need to improvise at all,” he says.

The design stage started in 2009, and Helvar’s lighting control equipment was part of the process since day one. The original plan was based on the products, prices and specifications that were available on the market in 2009. At the time, DALI equipment was too expensive, which is why it was not installed in all parts of the building. The situation would be different today. Lighting control technology develops fast, and the prices for DALI systems have gone down considerably. “If we were to start the design process now, we would definitely use more DALI drivers,” Risto Vastamaa comments. According to Vastamaa, the client had many reasons for choosing Helvar, such as easy communication with the supplier and Helvar’s programming and commissioning services. Antti Lakka agrees.