01 NovDALI-2: Looking to the future 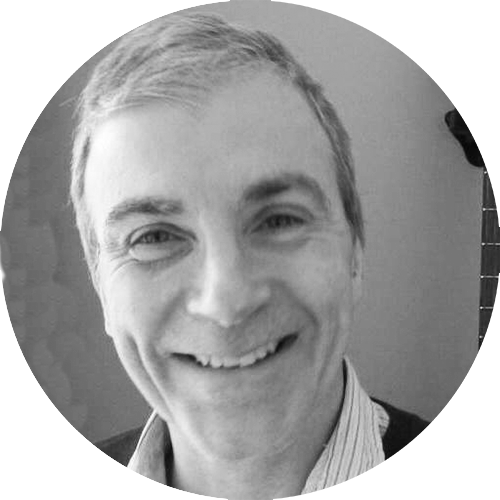 Austen Conway is responsible for new technology & open standards at Helvar. He is a member of the future lighting team and represents Helvar in the DALI Alliance, holding a seat on the board of directors. Austen has a wealth of experience with over 40 years in product development, with the last 20+ years spent at Helvar leading teams in bringing innovative lighting controls products to the market. Austen holds a BSc in Electrical and Electronic Engineering from the University of Essex.

In any environment where devices are required to work smoothly together, certifiable open standards bring tangible benefits to all stakeholders by providing the framework to define, test and validate the interoperable functionality while still leaving room for innovation on top of the standard. This gives a flexible and adaptable approach that provides a solution to meet the changing needs of the application.

A typical example might be the lighting system of a building that would require modifications to its use throughout its lifecycle. Over the years, DALI has been shaping the lighting industry for the better and for Helvar, it has been essential to impact this development.

The introduction of DALI-2

DALI stands for Digital Addressable Lighting Interface and is a two-way open protocol – a digital, internationally adopted language used to control lighting such as LED Drivers. DALI originated in the late 1990s and is based on a multi-part international standard, IEC62386. Late in 2014, the standard was restructured, and the editions published since have been collectively referred to as DALI-2. In the early days of the original DALI, there were some interoperability issues in the market.

The main reasons for this were a degree of ambiguity in the specifications which led to different interpretations translated into product implementations, and compliance was based on self-declaration without verification. The good news is that these issues have been addressed by the DALI Alliance that has introduced a certification program for DALI-2 products and, educated the market.

DALI-2 brings significant changes. In particular, it introduces control devices, application controllers (the brains of the system) and input devices on the same 2-wire DALI bus. A DALI-2 system can now support a total of 128 device addresses: 64 control gear and 64 control devices. Many other improvements have been made, including new commands and features and the standardisation of data collection and reporting.

When you see the DALI-2 wordmark or logo on a product that the DALI Alliance has granted, you have an assurance that the product has undergone a rigorous, independent, controlled certification process. For the user: lighting designer, specifier, installer, or commissioner, this brings the assurance of compliance with tested parts of IEC62386 and the promise of significantly improved interoperability of products.

Helvar has been part of the DALI community since its original inception in the late 1990s. We were among the first players to bring controls, capable of working with DALI control gear, to the market in the form of our DIGIDIM product line and brought the very first DALI-2 certified DALI LED driver to market.

In the early days of the original DALI, systems could be built with registered control gear. These devices had passed the test sequences but were not verified. However, due to lack of standardisation, control devices had to be supplied by a single manufacturer to ensure that they all played well together. This approach limited the choice of components and what was achievable as an application solution.

With the advent of DALI-2, control devices are now standardised, and better still, they can be certified, allowing systems to be built with greater choice. Helvar’s new 950 Imagine Router (a DALI-2 certified application controller) takes advantage of this and enables support for various standardised input devices. Although certified devices undergo rigorous testing that promises interoperability, there’s no substitute for trying it in real life. Thus, Helvar has taken this a step further by creating partnerships with other suppliers, extensively testing selected DALI-2 products to ensure faultless operation within our 950 Imagine Router solution.

What’s the future for the world of DALI?

There are already test sequences available that enable the certification of many parts of DALI-2. Today this covers control gear: LED drivers, relays and switches, and control devices: application controllers and input devices such as sensors and push-buttons. The DALI Alliance is continuing to develop test sequences to enlarge the certification program. This work program is agreed upon by the member companies who provide experts to participate in technical working groups.

One of the most recent work programs focuses on bringing wireless technology to the world of DALI. There are two technical work groups in progress:

• Gateways – These specify a gateway device that enables a wireless ecosystem, initially Bluetooth or Zigbee, to work with DALI-2 wired components.

• DALI+ – Enables DALI native commands to be carried over a wireless or IP-based transport instead of the wired bus used in DALI-2. This work builds on the IEC62386 part 104. Its initial focus is on delivering DALI over IP, particularly Thread, an IPv6 based mesh wireless network. The specification also defines a bridge function that enables a wireless node in the mesh network to operate with DALI-2 wired components.

So far, both groups have published technical specifications, and work is now progressing on the creation of test sequences to support the required certification.

For sure, the future of DALI looks promising, and it’s an exciting time for the industry. For more on DALI or how to integrate DALI in your next lighting project, get in touch.