100 years of innovations and leadership

At Helvar we create intelligent and energy-saving lighting solutions. Intelligent lighting is essential to the wellbeing of employees, customers, visitors, patients… Helvar solutions help to create smart environments built for the future, using information, and working seamlessly with other systems.

Our products are regarded as best-in-class for reliability, compatibility and flexibility. With the extensive selection of advanced lighting solutions and components, we’re unmatched when it comes to saving energy and enhancing comfort and mood. From providing remote monitoring and maintenance, to using data to predict energy savings or to lower running costs by integrating to other building systems, our service offerings support buildings throughout their entire life cycle.

Founded in 1921, Helvar Oy Ab is one of the global leaders in intelligent lighting solutions and LED luminaire components, providing both innovative DALI wired and wireless solutions. Our mission is to Turn Everyday Places into Brighter Spaces, which are perfectly functional, intelligent and designed for the future. Helvar is headquartered in Finland, with regional offices in Sweden and the United Kingdom, and we work closely with a network of expert partners in over 50 countries.

The first decade, 1921–1930, was the agency period. For various reasons, trade between Finland and Poland was not so successful, so the company obtained agencies from elsewhere in Europe.

In 1926, we began importing radio receivers just as the first radio broadcasts in Finland began. Helvar industrial activity in 1930 was in the assembling radio sets in readymade boxes. Gradually the entire focus shifted to radios, and in 1935 the company switched from assembly to the manufacture of its own radios. 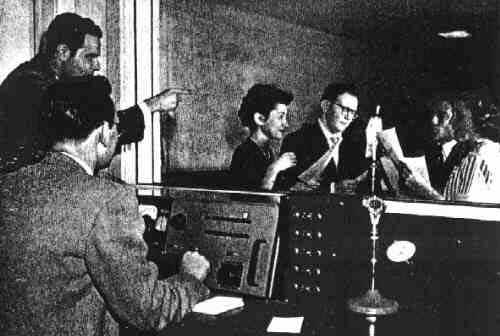 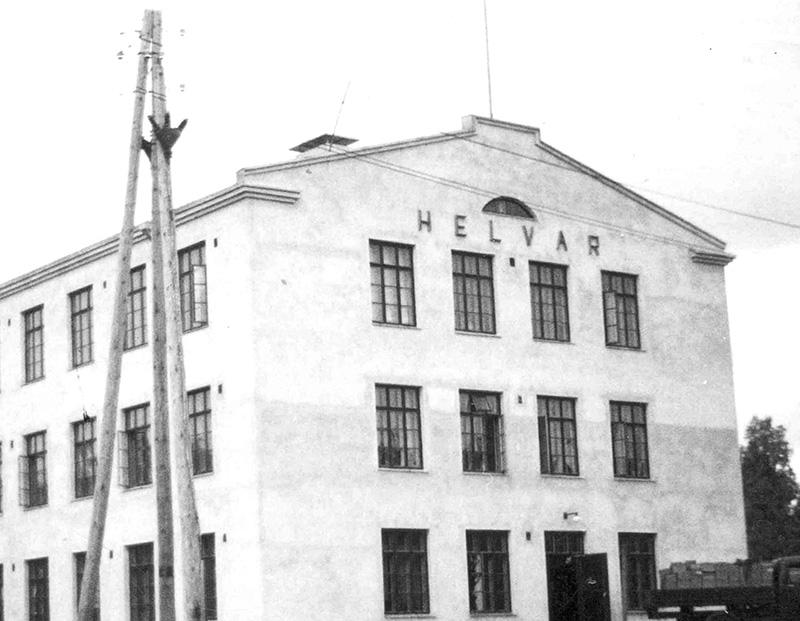 The years 1930–1939 showed a remarkable development in the production of radio sets.

The department of electrical equipment was considered to be a separate business line and production of ballasts and contactors began in 1949–1950.

Lighting took a significant leap forward in the 1930s, when the fluorescent lamp was developed in the United States. But it was not until after the war, at the end of the 1940s, that this type of lighting became common in Finland, and in 1949 Helvar finally started production of ballasts for fluorescent lamps. 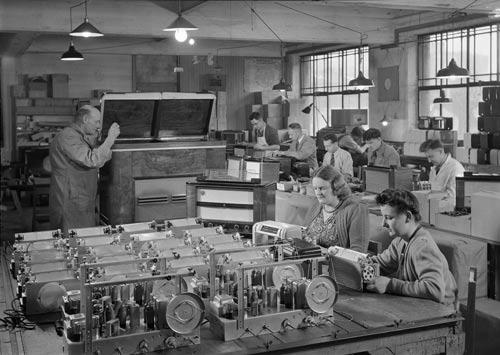 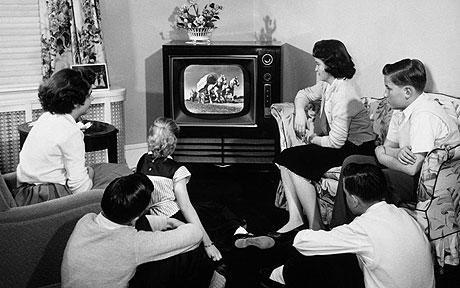 In the 1950s, a ground-breaking new technology, television, changed both the industry and its demands. The first television broadcast in Finland was in 1956. Helvar quickly adapted to the new technology and got involved in the rapidly growing production of TV sets. Soon television sets became the company’s main production item.

In 1968 Helvar stopped making radio and television sets, while still continuing the marketing business in this line.

At this time there were radical changes in the company’s production. It meant passing from the traditional entertainment production line to the production of only electrical equipment.

As a result of the eightfold growth in ballast production 1965–1975, Helvar built the most modern ballast factory in the world, in Karkkila, in 1973.

The high degree of automation, the large production volumes, cost-effectiveness, reliable products and professionally skilled staff, have all been key factors in Helvar’s success over the years. Thanks to the famous Helvar spirit, the factory is still one of the most efficient in the world, as well as one of the largest in Europe.

The impact of the 1973 oil crisis forced a change in the use of energy. From boundless consumption, energy efficiency became a part of the production of ballasts, as well as the mission of Helvar. 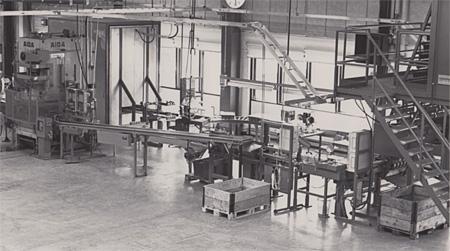 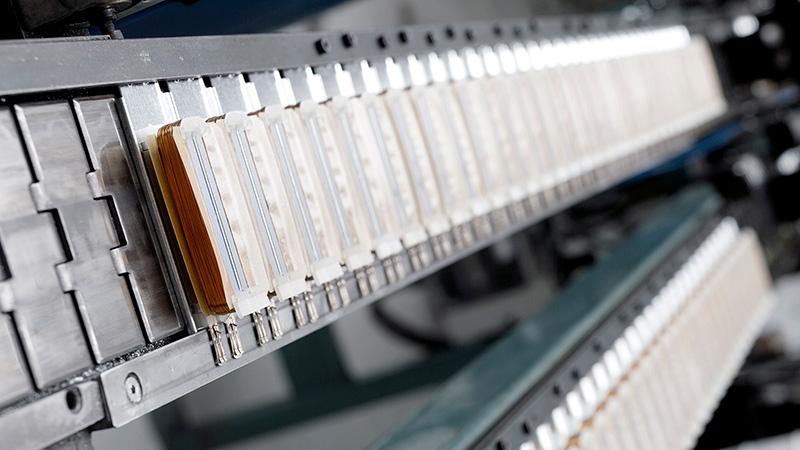 In the beginning of the 1980s, electronic ballasts were added to the product range. Helvar developed the world’s first dimmable electronic ballast for fluorescent lamps. Electronic lighting became more and more important and also the demand for lighting control systems increased rapidly in the late 80s.

As the demand for lighting control systems grew, Helvar acquired Electrosonic in 1990. Electrosonic’s lighting division was merged with Helvar in 1998, taking the company still one step further globally.

On New Year’s Eve 1999 the Karkkila factory was badly damaged by a fire caused by fireworks. Work to rebuild the plant was started immediately and ballast production was restarted in February 2000.

In 2000, Helvar was the first in the world to introduce the slim electronic ballast range which was quickly adopted to become the industry standard.

During this period lighting electronics took a huge leap forward. A significant change was the shift from producing not only single components, but to produce complete systems to fill the needs of various lighting applications. During 2004 Helvar centralised its activities in Finland to Karkkila, while at the same time strengthening its market position.

The first decade of new millennium started in the worst possible way, but ended up in huge success. During the decade Helvar introduced energy-efficient ballasts, front-end control products and invested heavily in R&D.

In 2009 Helvar established a centralized warehouse to Frankfurt, Germany. 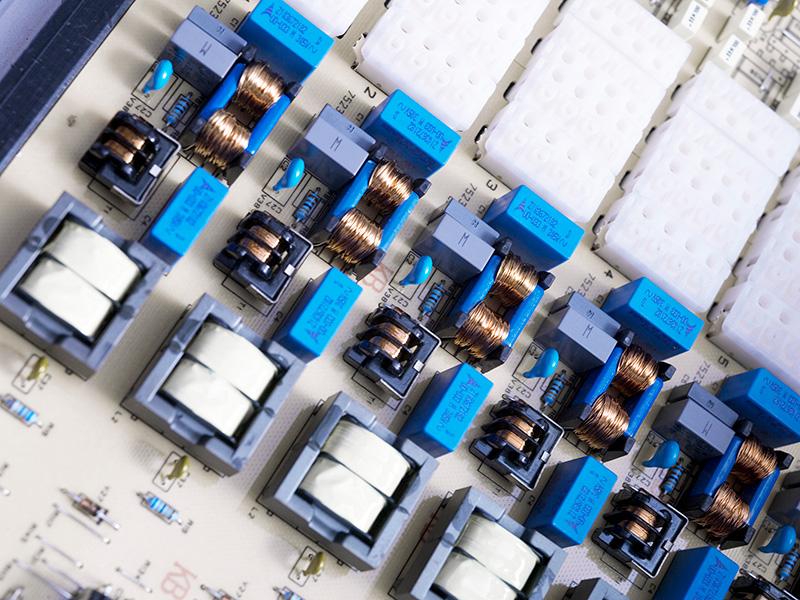 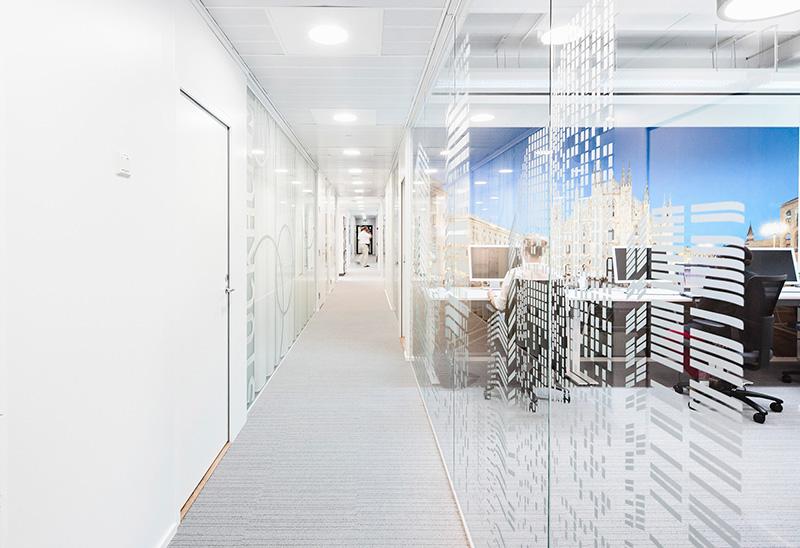 Today, Helvar is one of Europe’s most significant companies in its field being able to combine expertise in ballasts and lighting control in a unique way, due to its ambition to produce innovative sustainable products and solutions.

Its headquarters are located in Finland, as are the company’s luminaire component development and own manufacturing operations. The lighting system competence centre is located in London.

Internationality and exports have been the cornerstones of Helvar since the very beginning, and 97 % of today’s sales are outside Finland.